Lerøy Havfisk trawl fleet fishes with bottom trawls and predominantly catches their catches in the Barents Sea and north of Svalbard. This fishery is considered to be one of the best regulated fisheries in the world, and most of it is certified by an independent third party (MSC) as sustainable fishing.

Bottom trawling takes place in the same areas year after year, mostly in large deep or already well-established fields and in fields with generally low levels of organic material, with gravel and sandy bottoms, where there are few sediments that bind CO2.

To avoid catching small fish Lerøy Havfisk use a sorting grid, which sort smallfish out of the trawlbag. Different sensors on the bag give indication how much fish that is caught.

Large sea areas (more than 40%) in the Norwegian economic zone are already voluntarily protected through an agreement to refrain from fishing in areas where there had previously been no trawling activity.

We have also committed ourselves not to increase trawling activity in the vulnerable areas that become available when the ice retreats due to climate change, until research and management have mapped the bottom conditions, vulnerability and opportunities for sustainable fishing. This is a result of good cooperation between NGOs, the fishing industry and the administration. 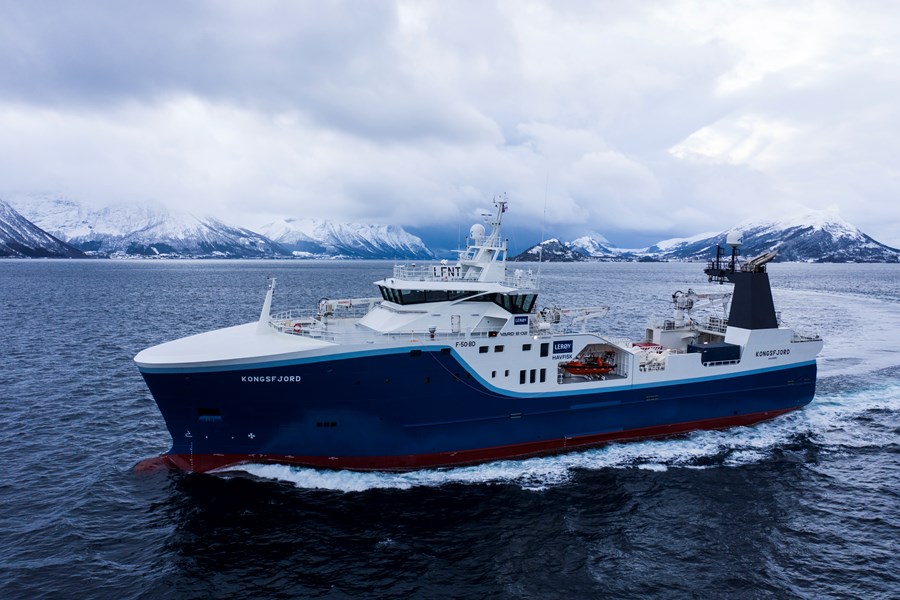