As soon as Lerøy decided to create a sushi tray, we started hunting for the right ingredients. To guarantee an authentic sushi experience for people all over the world, Lerøy naturally turned to Japan, the home of sushi.

This world-famous Japanese dish is probably one of the world’s most popular fish dishes. When Lerøy decided to offer sushi to its customers, one thing was particularly important: it had to be world-class, whichever country you bought it in. Thanks to the country’s unique insight and traditions, Lerøy looked to Japan to help it achieve this goal.

“Lerøy has been supplying salmon to Japan for over 30 years, so we were one of the pioneers in the market, which has given us contacts and expertise”, says Fredrik Hald, chef and Head of Product Development at Lerøy.

Together with our contacts in Japan, our focus was on finding good raw ingredients with tastes that complement one another. Now Lerøy produces over 40 million sushi rolls each year for its popular sushi trays, slightly different versions of which can be found in shops in Norway, Finland, Spain, Portugal and France. But whatever the country, there are some raw ingredients that proper sushi has to contain, which are present in all of its trays. 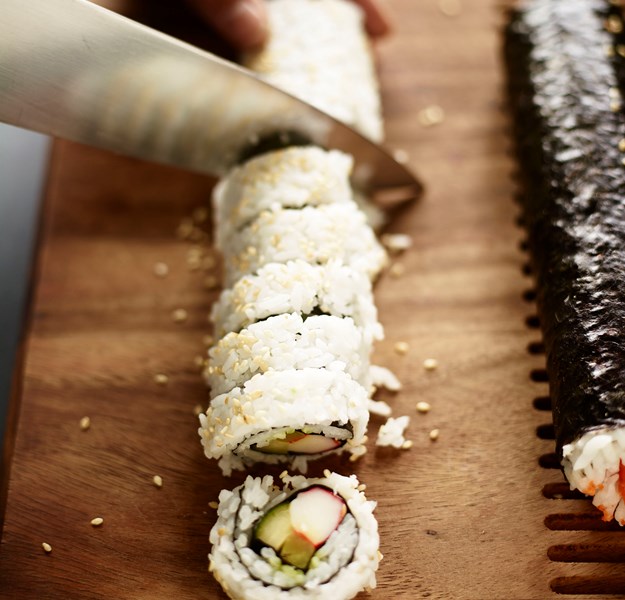 There are infinite varieties of sushi, but almost all of them contain sushi rice, rice vinegar, nori, soy sauce, wasabi and ginger. Norwegian salmon is also a favourite sushi ingredient, but that wasn’t always the case: before the 1980s, salmon wasn’t part of the repertoire of Japanese sushi chefs.

In 1995, Lerøy sent the first of a total of one thousand charter flights to Japan, full of Norwegian salmon, which has since become one of the world’s most sought-after raw ingredients. These days, a quarter of all salmon sent to Japan comes from Lerøy. So the salmon part of the sushi was already perfected, but a lot of thought and work went into selecting the other ingredients. 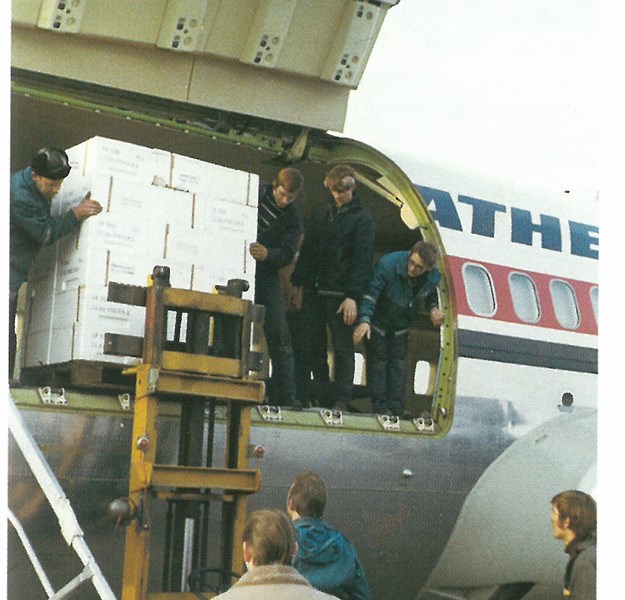 Historical flight transport of Norwegian salmon from Lerøy to Tokyo in 1995.

The rice vinegar used by Lerøy is made by the only remaining vinegar producer in the Tokyo region. Since the 1940s, they have specialised in producing vinegar for sushi restaurants in Japan’s capital, Tokyo.

“The secret behind the rice vinegar used by Lerøy lies in its fermentation. To make a high quality vinegar, that is a necessary step in the production process. Our partner therefore employs fermentation experts who follow that step very closely”, says Fredrik.

It is not unusual to mature vinegar for 4 to 8 years. The time it takes depends on the taste you are after in the end product. Working with the producer, Lerøy found the right taste, as well as the perfect intensity to give the rice the best possible consistency, taste and shelf life.

The soy sauce found in sushi dishes and poké bowls is a product based on 270 years’ experience. In Japan, each region has its own types of soy sauce. Lerøy chose a soy sauce from southern Japan, which means it has a balanced, full and noticeably sweet taste.

It is brewed in large barrels made of cedar wood, so the fermentation process is influenced by seasonal fluctuations in temperature. The fermentation takes a long time, which allows the taste to develop in a completely different way than with modern production methods.

Dried seaweed, or nori, is generally wrapped around the sushi rolls, but it can often be found inside the rice too. The nori used by Lerøy comes from the Hyōgo district, considered one of the most sustainable places in Japan for growing the alga Pyropia yezoensis, which is the one most widely used in nori.

The production is so sustainable for various reasons, including the strong tidal currents, which constantly clean the algae, and the nutrient-rich water that contains plenty of nitrogen and phosphate. This creates good conditions for producing high-quality nori. Fredrik explains that you can check the quality of a nori sheet by holding it up to the light. Any holes and lighter patches are signs of inferior quality.

“The nori used by Lerøy is dense and dark, which means that it is of high quality”, he says proudly.

Most wasabi products that you buy in shops contain little or no Wasabi japonica, the plant that wasabi is traditionally made of. That is because the plant is very expensive, which leads many producers to use cheaper alternatives such as mustard or horseradish.

Lerøy uses one of the wasabi products on the market that contains most Wasabi japonica. It is also authentic, as opposed to alternatives like rehydrated wasabi powder, where you lose both the taste and aroma. Wasabi should be slightly sweet, but also have a bit of a kick when you taste it. The factory that produces wasabi for Lerøy has been making it for around 60 years, and it is situated in an area with a long history of cultivating the plant. 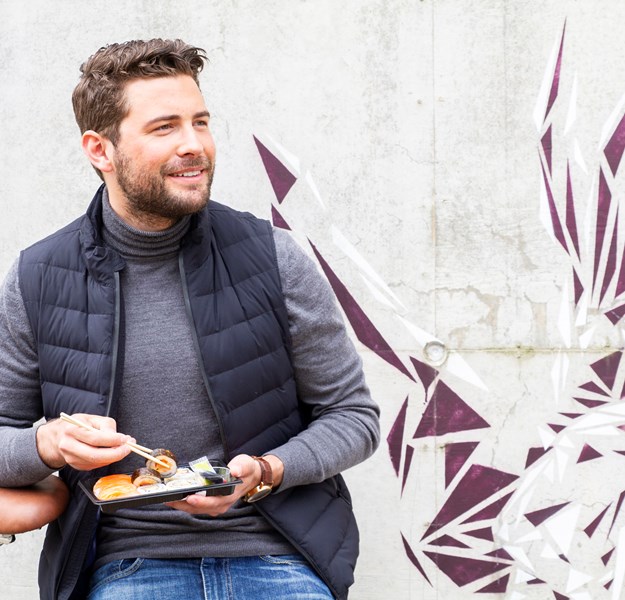 The ginger used by Lerøy is made of small ginger roots that are harvested early in the season. That ensures the highest quality and takes the edge off the distinctive taste, which can otherwise become a bit overpowering.

The ginger is salted in China and then transported to Japan, where it is washed, sorted and inspected before being further processed. Lerøy’s recipe is based on the preferred taste in southern Japan, which means it is relatively mild and has a fresh taste.

Since nothing has been left to chance with Lerøy’s sushi, it is exceptionally good, wherever in the world you eat it. 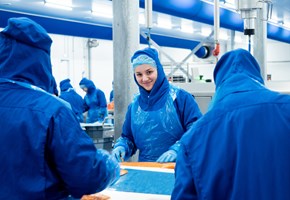 Norwegian salmon makes a splash in Spain and the Netherlands 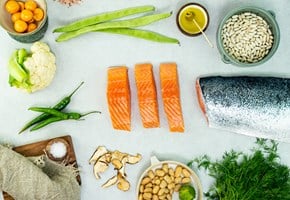