The flamboyant spectacle of the Northern Lights or Aurora Borealis flickers and dances over the waters where we produce our salmon, served raw in the Far East.

We produce our salmon in fjords surrounded by the magnificent scenery of North Norway with its spectacular light. This unique product is extremely popular among the best sushi chefs in Japan, served as top-quality sushi and sashimi.

The long, light summer nights in North Norway, with the rays of the midnight sun and the short winter days when the flamboyant Northern Lights dance over the skies – these all leave their mark on our Aurora Salmon® – a brand developed especially for the Japanese market. In 2006, several leading seafood experts from Japan visited Norway with one goal in sight; to find the
finest sushi salmon in the world. 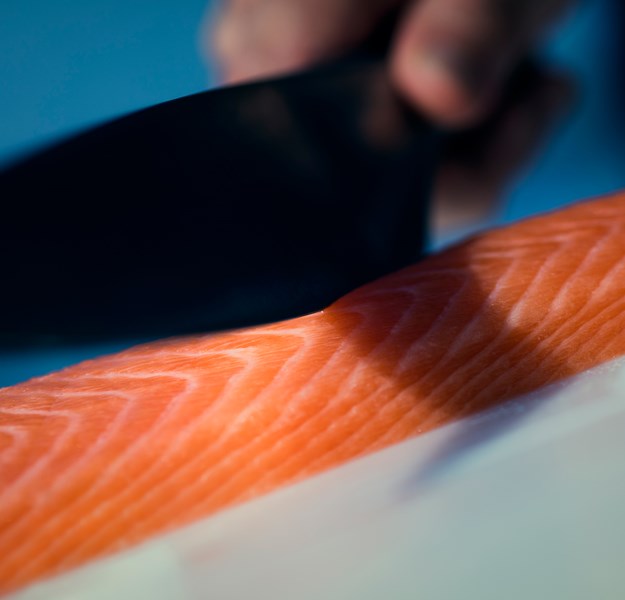 After tasting salmon from waters along the coast, from south to north, they chose the salmon that are farmed in cages in the waters of North Norway, under the spectacle of the Aurora Borealis. A mere 36 hours after our salmon has been harvested from these waters, they can be found under the chopsticks of happy and hungry Japanese.

With the cold climate in North Norway, our salmon grow more slowly than other salmon. The benefits for the end product afforded by this growth cycle are so many, however, that it remains profitable to produce salmon at a latitude of 70 degrees north. Aurora Salmon® has become a highly recognised brand in Japan as the best salmon for sushi.