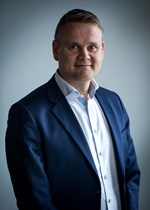 Chairman Arne Møgster (1975) was appointed to the Board as a member by the annual general meeting on 26 May 2009. Arne Møgster holds a Bachelor degree in Business Administration and an MSc in International Shipping. Arne Møgster is the CEO of Austevoll Seafood ASA and board member in a number of companies. As a shareholder in Laco AS, Arne Møgster indirectly owns shares in Lerøy Seafood Group ASA.

Board member Britt Kathrine Drivenes (1963) was elected to the Board by the annual general meeting on 20 May 2008. Britt Kathrine Drivenes holds a Bachelor of Business Administration from the Norwegian School of Management (BI) and a Master of Business Administration in Strategic Management from the Norwegian School of Economics (NHH). She is the CFO of Austevoll Seafood ASA and is also a board member in a number of companies. She indirectly owns shares in Lerøy Seafood Group ASA as a shareholder in Austevoll Seafood ASA. 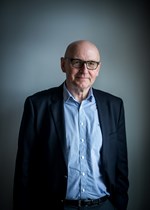 Board member Didrik Munch (1956) was appointed to the Board by the annual general meeting on 23 May 2012. Didrik Munch has a degree in law from the University of Bergen and qualified as a police officer at the Norwegian Police University College in Oslo. He has worked in a number of positions within the Norwegian police force (1977-1986). From 1986 to 1997, he worked in finance, primarily in the DNB system. Towards the end of this period, he was part of DNB's corporate management, as Director for the Corporate Customer division. From 1997 to 2008, Didrik Munch was CEO of Bergens Tidende AS (a Norwegian newspaper). From 2008 to 2018 he was CEO of Schibsted Norge AS (former Media Norge AS), and is today self-employed. Didrik Munch has sat on the boards of a number of companies, both as chairman and ordinary member. Didrik Munch is now Chairman of the Board of Storebrand ASA and Solstrand Fjordhotell Holding AS. He is also a board member in Grieg Star Group AS and Schibsted Media AS. He owns no shares in the company as of 31 December 2019. Karoline Møgster (1980) was appointed to the Board by the annual general meeting on 23 May 2017. Karoline Møgster has a law degree from the University of Bergen (Candidata juris). She also has a Masters’ degree in accounting and auditing (MRR) from the Norwegian School of Economics. She has worked as a lawyer with Advokatfirmaet Thommessen AS and is now employed as a lawyer for the Møgster Group. She is a board member for Laco AS and has experience of board work from DOF ASA and other companies in the DOF Group. Karoline Møgster indirectly owns shares in Lerøy Seafood Group ASA as a shareholder of Laco AS. 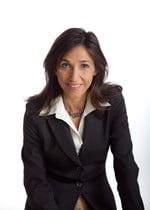 Siri Lill Mannes (1970), was appointed to the Board by the annual general meeting on 23 May 2018. She has studied history at second degree level, Russian at intermediate level and Russian-Soviet studies at one-year foundation level. She has also completed the Armed Forces’ course in Russian and officer's training school and studies in political science in Georgia, USA (1-year grant from Rotary). Siri Lill Mannes has an extensive background from journalism, has worked as a TV host and entrepreneur. She started working for TV2 when the TV channel was founded in 1992. Since 2010, she has been the Director of the communications company SpeakLab AS, where she is also a partner and founder. Siri Lill Mannes owns no shares in the company at 31 December 2019. 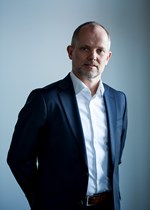 Board Member Hans Petter Vestre (1966) was appointed to the Board as the employees’ representative at the annual general meeting on 24 April 1995. Hans Petter Vestre is a graduate of the Norwegian College of Fishery, University of Tromsø. He was employed by Hallvard Lerøy AS sales manager in 1992 and is today team leader in Lerøy Seafood AS. Hans Petter Vestre owned 1,200 shares in the company as of 31 December 2019.