Through the project “frictionless work”, Andreas Fauske is aiming to eliminate “time thieves” and create more opportunities for adding value at Lerøy.

“I want to free up employees’ time so they can use it more productively”, says Andreas, who recently started working as an IT project manager.

He will be doing that through the frictionless work project, which is about eliminating the distractions and annoyances that employees encounter in their day-to-day working lives.

“These are things that need to be done, like fish husbandry and daily checks, but slow systems, a lack of training and the wrong equipment reduces the time available for what should be the main tasks.”

He is very familiar with the challenges, after 12 years in a variety of roles at Lerøy Sjøtroll, including as a fish husbandry worker, unofficial second-in-command, team leader for the production supervisor and occasional acting production supervisor. This made Andreas interested in finding ways to operate more efficiently.

A manager who wanted change

His manager noticed the way in which he went about his work.

“He saw that I had ideas, and he let me try things out. I had to defend what I did and justify it in relation to its cost, but he was keen to introduce new technology and new ways of thinking and doing things”, says Andreas.

In due course, he became more of a project manager, alongside his role as second-in-command and assistant to the production supervisor. As soon as anything involving technology came up, Andreas was called in.

“I participated in settings and meetings that a normal fish husbandry worker or production technician wouldn’t normally be allowed to attend, and people listened to me. I could sit there as a fish husbandry worker and contribute to a discussion about wireless communication between offshore facilities and onshore locations. I didn’t have any formal qualifications, but it was an area where I had picked up a lot”, he says.

Andreas has played a big part in the development of Lerøy Sjøtroll: he has done a lot of work on the camera equipment at farms and been heavily involved in the construction of the growth centres. 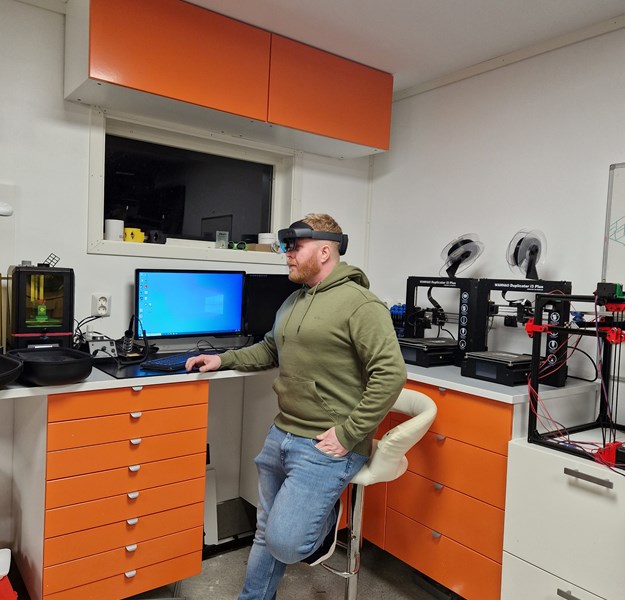 In due course he came up with the idea for an app for smartphones and tablets that would make it easier for employees to monitor the farms, which was a big step on from the pinboards and post-it notes that he, his manager and many of their colleagues were sick of. He spent his evenings on app development, and what began as his job became a hobby.

“One of the reasons that I’m sitting here today is that I have been proactive and shown initiative, but for each positive thing that I’ve achieved, there have normally been five things that haven’t worked out so well”, he says.

When things did not go as intended, the response was one of understanding, and the focus moved to what was needed to make it work, rather than the fact that it currently did not. Andreas says he has been able to take part in a huge number of things at the company, and that managers have encouraged it. For him, it has been a fantastic opportunity for personal development.

“Lerøy have sponsored me to do courses that are completely unrelated to fish husbandry, which has been my main area of work. I have done courses on 3D modelling, technical drawing and aspects of IT, which led to me later studying IT at a vocational college.”

A fork in the road

The more he got involved in technology, the harder it became for him to return to his fish husbandry tasks.

“I reached a point where I needed more; more resistance and the opportunity to challenge myself mentally.”

That summer he reached a fork in the roads. He could either continue as before until he retired, or do something new. He chose the second option and decided to get the technical skills he felt he needed in order to do what he really wanted to. After the summer, he started taking an IT course at a vocational college, consisting of 120 credits over 4 semesters, with 60 assignments to deliver per semester – 5 per week. He felt he just had to go for it, in spite of having 2 children, a full-time job and a wife working full-time too.

“Before that I had never applied for jobs, I hadn’t considered that I needed to find something new, because I loved the fish farm, the people and my day-to-day work, but towards the end even those things were getting a bit humdrum,” he says.

But if he was going to change job, it still had to be at Lerøy. That was his criterion.

“I wouldn’t be where I am today without Lerøy. It was Lerøy who got me interested in development and made me want to push against the limits of what we are doing”, he says.

When the job of IT project manager was advertised, Andreas was involved in a separate recruitment process at Lerøy Sjøtroll. But the combination of working on development at Lerøy, without responsibility for production, and being part of a technical team focusing on digital transformation, made it the dream job for Andreas, so he had to apply.

“I now realise that much more happens behind the scenes than I was aware of. Whereas before I barely knew which support functions existed, I now see a bunch of people who just want to help and whose mission it is to make life easier for people working in production”, he explains.

One thing happening behind the schemes in the IT department is the completion of a digital platform that has been under development for several years, and which will make it easier for Andreas to help employees once it is in place. He is looking forward to simplifying our employees’ day-to-day working lives. 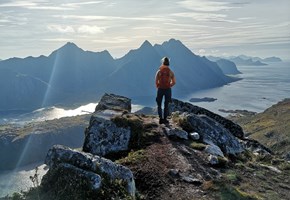 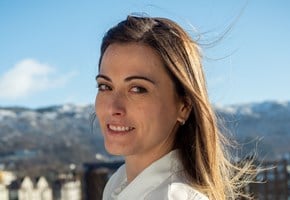 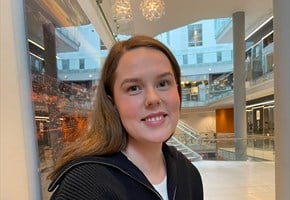 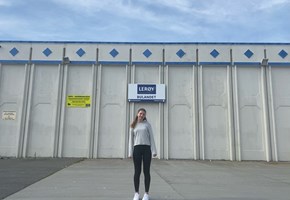