It’s seasoning – but not as we know it

Take your cooking to the next level with these exciting new tastes from Mǽr.

It might sound futuristic to say that kelp has become an everyday foodstuff here in Norway, but in fact it’s happening right now. Soon, Mǽr’s unique kelp-based products will be available in supermarkets and grocery stores.

The first time you open one of our products, you’ll discover it looks nothing like the seaweed that grows on the Norwegian coast. That’s because we have turned the kelp into delicate dried flakes and colourful seasonings. It’s healthy, nutritious, different – and full of flavour. What’s more, it’s locally produced and sustainable. 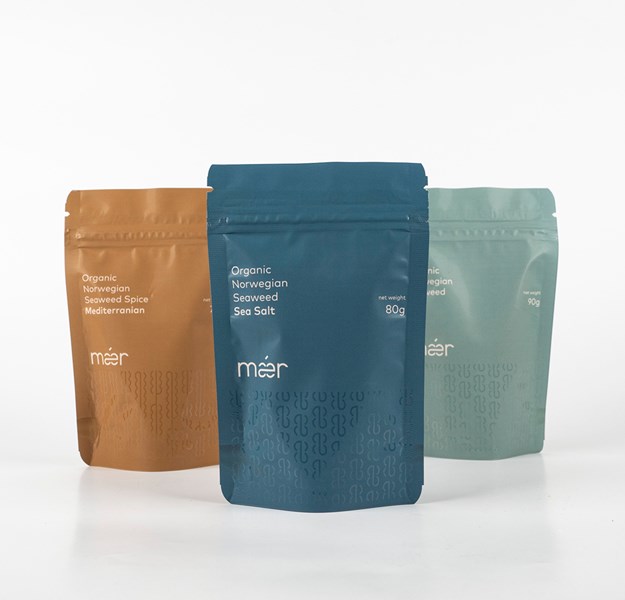 Seaweed Salt is an all-natural product containing only salt and sugar kelp. This seasoning has a rich umami taste and can be used just like ordinary salt to add flavour.

Seaweed Sea Salt is also an all-natural product containing just three ingredients: salt, sugar kelp and vegetable oil. The flakes are larger than normal grains of table salt and are sea green in colour. It produces a subtle, concentrated taste of the sea – an umami taste familiar to seafood lovers.

Seafood Spice Mediterranean is a tasty mix of seasonings including tomato, paprika extract, garlic, thyme and sugar kelp. The result? A rich and exciting taste that makes a distinct difference to any meal.

Read more about the products on the Mǽr website 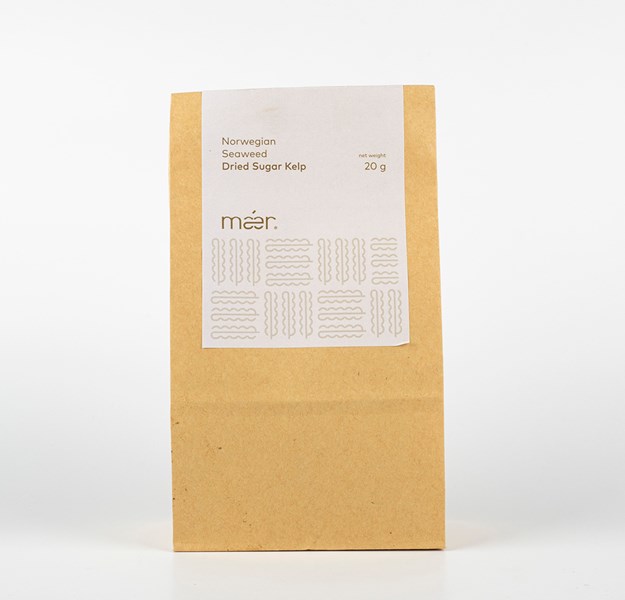 Dried seaweed flakes. Could it be your new favourite ingredient?

Mǽr Seaweed Flakes are flakes of dried kelp. Crisp and crunchy when you take them out of the packet, they soften up when you add them to soups and casseroles.

All products are plant-based, which means they can be used in seafood and vegetarian dishes to give a pleasant umami taste. Why not try them as delicious seasoning in soups, gratins, casseroles and marinades?

The greenest ingredient on earth

If you care about the climate and want to eat as sustainably as possible, kelp is one of the best options out there. Our kelp production has zero climate footprint.

Seaweed can also compete for the title as the world's healthiest natural raw material. It’s rich in minerals such as potassium, magnesium and zinc, as well as vitamins A, B, C and E. Because of its high mineral content, seaweed has a natural salt taste even though the plant itself contains only a fraction of salt.

Did you know that most people who have tasted sushi and poké, have already tasted sugar kelp? Nori, the black-green sheet that holds the sushi bits together, is an edible seaweed. The same goes for wakame, which is the bright green garnish that is often served together with sushi and poké. 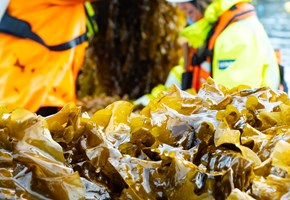 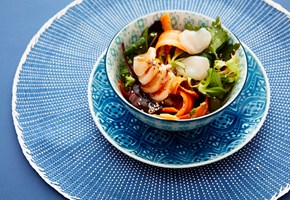 Pasta with salmon and cod