Moderate to severe iodine deficiency increases the risk of both low and high metabolism, and the same applies to high iodine intake over a long period of time. This means that while it is important to ensure sufficient iodine in the diet, it is also important to ensure that the intake is not too high.

Authorities recommend a daily iodine intake for adults and children over 10 years of 150 micrograms (or 0.15 milligrams). For adults over 18 years of age, the upper limit for intake of iodine is 600 micrograms or 0.6 milligrams. Please note that this is the dose you should take every day. In practice, the daily dose will vary widely depending on what you eat on a given day.

An excessive intake of iodine can be harmful. European recommendations state that the daily average iodine intake should not exceed 0.6 milligrams. Too much iodine can cause both high and low metabolism. Source: metabolism.org

There is insufficient knowledge of the types of iodine present in kelp, and what proportion of iodine is bioavailable for human and animal absorption. Source: Pegasus Report

The Pegasus report states that any meal with high iodine content, where daily recommendations are exceeded, is normally not harmful as opposed to a regularly elevated intake over a long period of time. Excessive intake of iodine can have a negative effect on the thyroid gland, especially for sensitive groups such as the elderly, groups with iodine deficiency, pregnant women (fetuses), breastfeeding mothers and newborns.

Milk and white saltwater fish are still the most important sources of iodine in the Norwegian diet, but since the 1990s milk consumption has dropped. In a nationally representative dietary survey in 2010-2011 among Norwegian men and women, milk and milk products averaged 37% of the iodine intake, with fish and seafood constituting 22%.

Reduced milk consumption is the reason why iodine defiency has again become relevant in Norway. In groups that drink little milk, iodine intake is too low.

The Norwegian Directorate of Health advises that at least two of the recommended three daily servings of dairy products should be milk, both sweet, sour milk and yogurt. Brown cheese also contains a lot of iodine, white cheese is not a good source. However, for those who eat white fish and fish products, fish is a very good source of iodine. 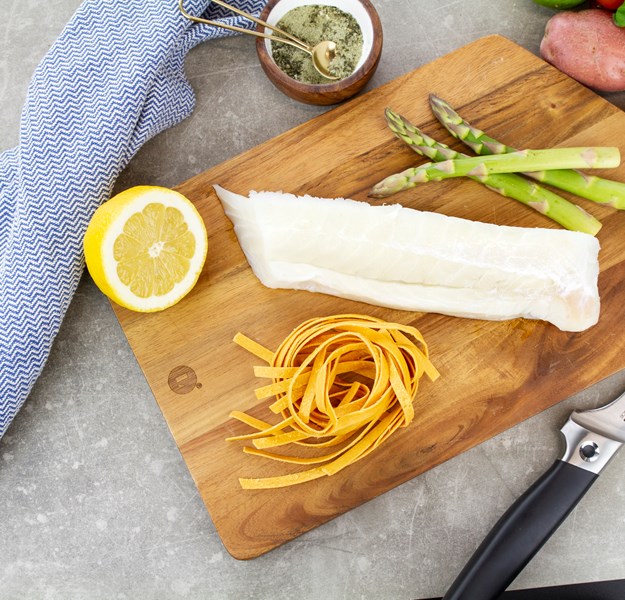 The Norwegian Directorate of Health recommends that we eat fish for dinner two or three times a week. Remember that only white saltwater fish are a good source of iodine, for example, cod, saithe and haddock.

Since 1938, table salt supplemented with iodine has been available to buy in Norway. The amount of iodine added is so low that it has little practical significance for Norwegians iodine intake. Source: FHI 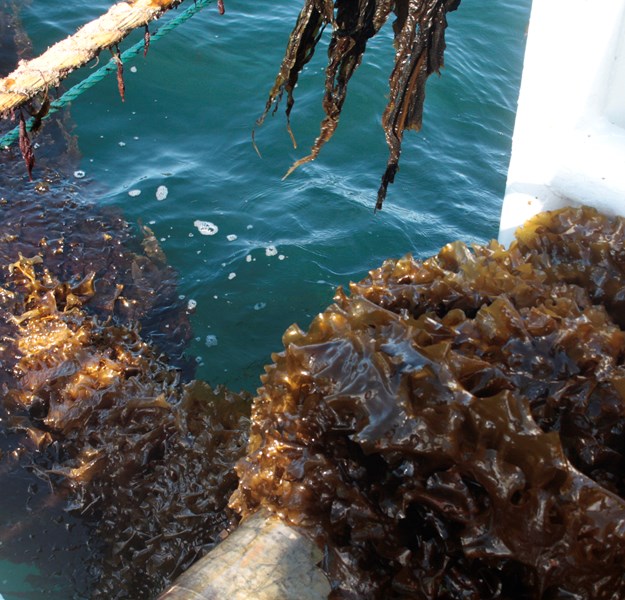 Seaweed and kelp have very varying iodine content depending on the species and processing method.

How much seaweed can you eat?

If you want to eat seaweed every day, the daily recommended amount of iodine of 0.15 mg is equivalent to a small pinch of Sugar kelp.

Winged kelp contains less iodine than Sugar kelp. For the same product, but with Winged kelp, this corresponds to approximately 1 teaspoon. Remember that the daily upper recommended intake of iodine is 0.6 mg. Above, we have based these suggestions on a daily recommendation of 0.15 mg iodine. 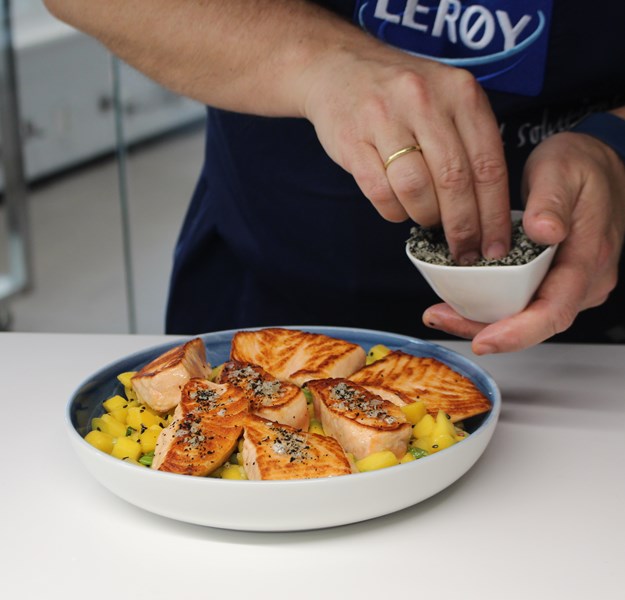 New seaweed products are being developed. Blanching of kelp will significantly reduce the iodine content of kelp, allowing larger quantities to be consumed. The development of kelp products is currently underway, and there are exciting times ahead.

Iodine is very water-soluble, and if you dip Sugar kelp in boiling water for approximately 30 seconds, the iodine content will be reduced by over 90%, so you can eat more kelp without exceeding the recommended daily intake of iodine. The industry and  researchers are currently working on different processing methods and preparation techniques.

Seaweed is a good source of fiber, minerals, antioxidants (selenium) and vitamins. Seaweed itself is a flavor enhancer as it contains glutamate which gives the characteristic umami flavor, also called the 5th flavor.

Seaweed is a sustainable food as it grows with the help of sunlight and nutrients from the sea and therefore does not require fertilizer or fresh water.

It starts to grow in February when the sunlight returns and is harvested around April / May when the quality of the plants is best. The companies that grow seaweed process the seaweed right after harvesting. Today it is most often dried or frozen fresh. Several of the seaweed farmers are certified organic by Debio.

Do you want tips for using seaweed in cooking and dishes? Click here to read more about how to use suar kelp in the kitchen