Seaweed production can help to provide the world with the healthy food and clean energy it needs. Through the company Ocean Forest, Lerøy and the environmental NGO Bellona are working together to turn an ambitious idea into a sustainable, profitable reality. - You should try a bit, it’s delicious, says Harald Sveier, the Managing Director of Ocean Forest, taking a big bite of the sugar kelp that soon covers the whole deck. The crispy, salty kelp crunches when you chew it.

In October 2021, 45,000 metres of rope with kelp cuttings were put out close to Lerøy’s salmon pens in the island municipality of Austevoll in the county of Vestland. Over the course of the winter, the cuttings have grown one and a half metres long. Now they are being lifted carefully out of the sea.

- I’ve become a marine gardener! I’m proud of that, because what we’re doing here is unique”, says Sveier between mouthfuls, while casting slightly nervous glances at the sun popping out from behind the clouds. Because kelp keeps best in the wet and windy weather typical of western Norway.

«I’ve become a marine gardener! I’m proud of that, because what we’re doing here is unique..»

Seaweed grows like a plant and it can be eaten raw as a salad. Sveier says there has been great interest from Bergen’s restaurants, but Lerøy and Bellona have their sights set far higher than the local gourmet market. Because seaweed is full of useful ingredients.

Ocean Forest is all about using something we have lots of to make something we have too little of. The world needs more biomass as a raw material for producing food and renewable energy for the growing population.

Sugar kelp has been found to produce the biggest harvests, but dulse, red algae and brown algae may also be cultivated in the future. By 2050, the world will need to increase its food production by 70%.

But there is limited land and fresh water available for producing that biomass. In Norway, for example, only 3% of the land is arable, and there isn’t much scope to increase that. The ocean, on the other hand, covers 70% of the Earth’s surface.

- The potential for growing in the ocean is huge, says Sveier.

Together, the seafood producer and environmental NGO, Bellona, want to discover new paths into the future.

Kelp is native to the whole Norwegian coast. It grows quickly and is packed with proteins, carbohydrates, minerals, antioxidants and antibacterial substances, which can be extracted and used in everything from food and animal feed, through medicines and dietary supplements, to biofuels and fertilizer.

- All we need is space in the ocean, adds Sveier.

Currently, almost the only part of kelp that is used is the carbohydrate – the alginate – as a thickener in ice cream, ketchup and soups.

- We want to demonstrate how many other things it can be used for, if we extract its various components. There is no limit to the potential market, says Sveier.

Seaweed is a collective term, just like vegetables. There are many different varieties, including in Norway. “One challenge is that people in the rest of the world are not familiar with Norwegian sugar kelp. So it’s like training someone who likes carrots to like broccoli”, explains Harald Sveier.

As one of Norway’s largest companies in the aquaculture sector, Lerøy sees the potential to use seaweed meal in fish feed.

- Producing plant-based feed locally will help to reduce the environmental impact of our industry, points out Sveier.

Research also shows that fermented seaweed is a “superfood” for cows that can prevent milk fever, thereby helping to reduce the need for antibiotics and increasing milk production.

«Producing plant-based feed locally will help to reduce the environmental impact of our industry.»

- In my office, I also have a report on using seaweed as a raw material for bioplastics, continues Sveier.

But before grandiose dreams can become reality, the partners in Ocean Forest must work out how to scale up today’s small-scale production to industrial levels.

- For this to become a proper industry, we must get up to at least 1,000 tonnes per year, says Sveier. There is still some way to go. Not because the kelp is hard to cultivate. It requires a small area, looks after itself, and can grow big and strong on the nutrients found naturally in the ocean – producing no environmental or climate footprint. On the contrary, kelp binds CO2, so it helps to reduce the amount of CO2 in the atmosphere and counteracts ocean acidification.

From the ocean to the dinner plate

- The challenge is managing the whole value chain, including cultivating and harvesting, packaging, distribution and production, says Sveier.

Everything happens on the boat. The seaweed gets automatically dragged on board and falls down to a conveyor belt that brings it up to a grinder that divides in in smaller pieces. From the grinder the seaweed falls down in large containers that gets filled up. When it gets taken to land, the containers get shipped to the costumers.

- If you’re going to be the boss of anything, you need to understand it. And anyway, it’s fun helping to create such a sustainable product, says Sveier, as he keeps supervision, making sure everything goes as planed.

- We still have a lot to learn before we get the production process running smoothly, but we are moving in the right direction. Having Bellona as a sparring partner is very useful, says Sveier.

- Ocean Forest is first and foremost a research and development organisation. But I have clear instructions that one day I must be profitable. For the moment, the date for that hasn’t been set, says Sveier, smiling.

If that is to become a reality, more people will need to wake up to the benefits of seaweed.

- The bottleneck in Norway is that we don’t have an industry that can make use of seaweed in large quantities. We need more people to see that the time is right, says Sveier, before adding:

- If you want one or two tonnes, let me know. I’m very happy to supply anyone who wants to join us in pioneering this product! 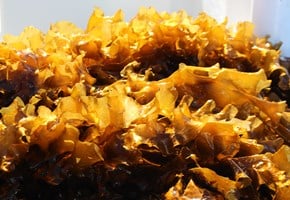 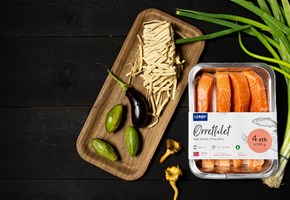 Keeping seafood on the shelves – even in tough times 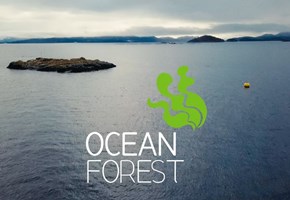 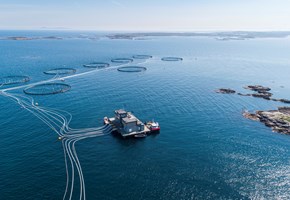