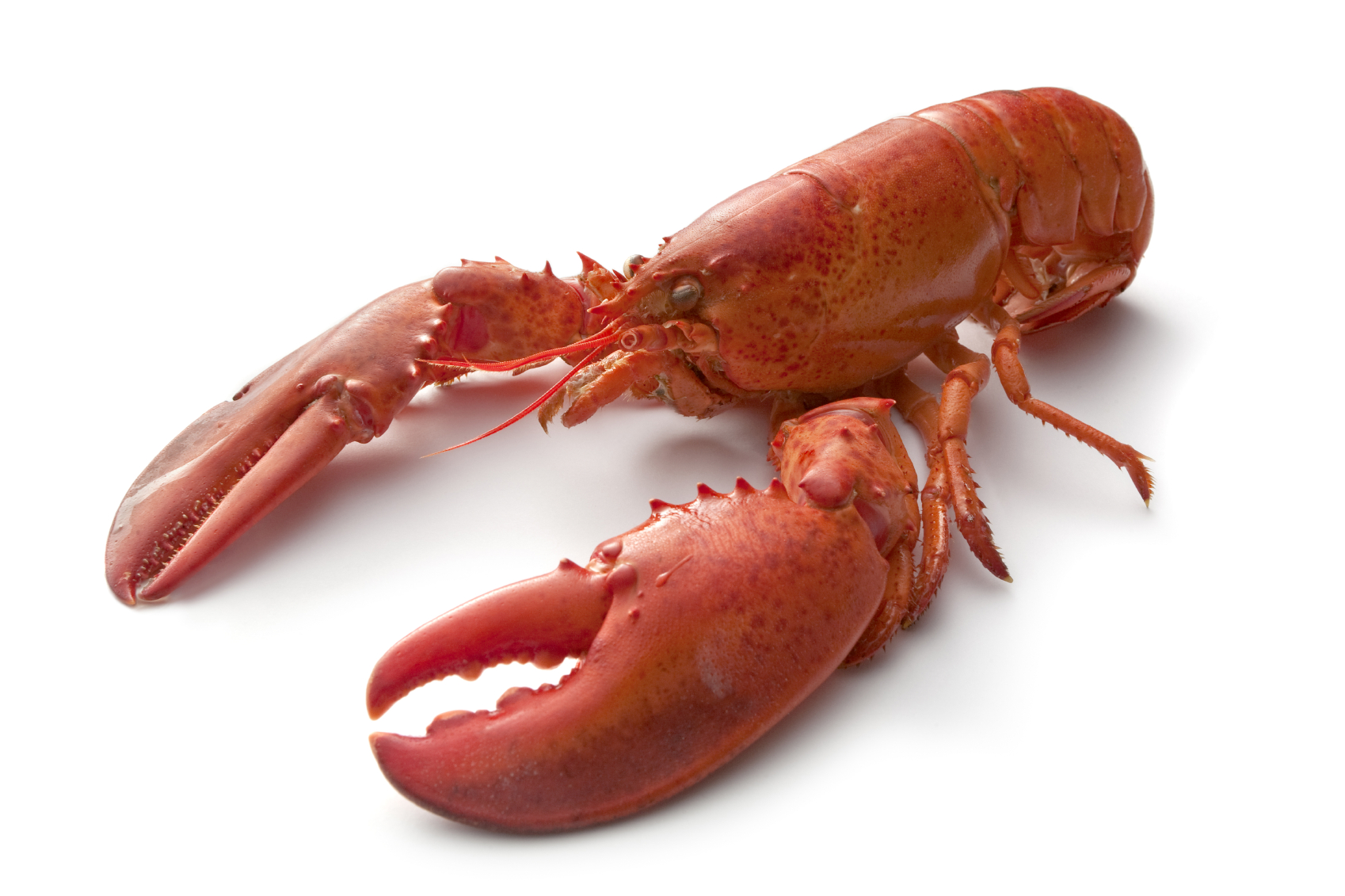 Latin: Homarus gammarus
The European lobster is one of the largest crustaceans in Norwegian waters and is considered a delicacy. It is usually enjoyed au naturel, but the possibilities for using it in hot and cold dishes are endless.

The lobster has five pairs of legs, and one of them constitute the claws. One claw is larger than the other and is used to crush shellfish, while the smaller claw is used as a weapon. The lobster is dark blue in colour, but the colour can vary and depends on the place it lives.

Lobster is rich in:

In Norwegian waters, lobsters are abundant from the Swedish border to Trøndelag, but they are found sporadically in Nordland. The lobster lives at a depths of 5m to 50m and mainly on hard bottoms. It finds hiding places on hard bottoms in mounds of stones, clefts or holes under large stones.

Lobsters are caught along the Norwegian coast all the way to Trøndelag, and the only
legal fishing gear is lobster traps.